What are Endocrine Disrupting Chemicals? 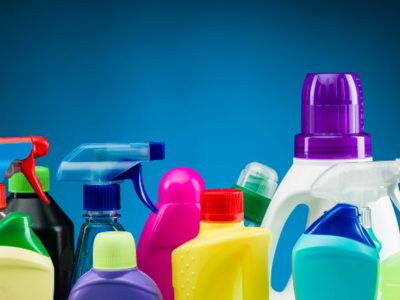 Endocrine-disrupting chemicals (EDC), also known as endocrine disruptors, frequently make headlines as recent scientific studies show a correlation between exposure and an impact on animal and human reproduction and development. Some concerns identified for EDCs include:

The development of chemicals by industry is so rapid the science on the effects of these chemicals on human health and the environment cannot keep up. Education and awareness are the first step to protecting yourself and your family from the adverse health effects of EDCs.

Where will I find an Endocrine Disrupting Chemical?

Why is there concern about Endocrine Disruptors?

There is evidence of endocrine-disrupting chemicals causing adverse effects in animals. But limited evidence exists in humans. It is difficult to isolate the effects from exposure to a single endocrine-disrupting chemical, as humans typically are exposed to many chemicals at once. But scientists suspect that Endocrine disruptors can interfere with the human endocrine system producing adverse developmental, reproductive, neurological, and immune effects in humans, as well as abnormal growth patterns and neurological delays in children. Some endocrine disruptors take a long time to break down, this environmental persistence often causes human health issues.

How do endocrine disruptors affect the human body?

The level of endocrine disruptors that are safe is not known yet. Even minor hormonal changes affect our body’s endocrine function.

How am I exposed to these endocrine-disrupting chemicals?

The most common exposure to endocrine disruptors is through food and beverages, pesticides in our environment, and cosmetics products. Chemicals enter through our diet, our skin, the air we breathe and the water we drink or wash in.

Learn how we can keep your workplace safe with chemical management

What are the parts of the Endocrine System?

Located in the bottom part of the brain, it gathers information (light exposure, feelings, and external temperature) sensed by the brain and sends it to the pituitary gland.

Is the size of a pea and located at the base of the brain, it controls many other endocrine functions including human growth and development, prolactin (breastfeeding), thyrotropin (stimulates the thyroid), corticotropin (stimulates the adrenal gland and its hormone production), antidiuretic hormone (stimulates the adrenal gland to make certain hormones), antidiuretic (fluid levels), oxytocin (triggers contraction during birth/labour), secretes endorphins (our “feel good” stimulants and natural pain killers), hormones that signal sex organs to make sex hormones including ovulation and menstrual cycles in women.

Regulates the hormone melatonin which is responsible for the human sleep cycle.

Sits on top of each kidney, has an outer part called the adrenal cortex that makes the corticosteroid hormone that controls salt and water balance in response to stress, metabolism, immune system, and sexual development/function. The inner part is called the adrenal medulla; it makes adrenaline which increases heart rate and blood pressure when the body is under stress.

Is a butterfly-shaped gland located in the front of your lower neck. The thyroid makes hormones that control the rate cells burn fuel from food to make energy. The more thyroid hormone in your bloodstream, the faster these reactions occur and vice versa. Thyroid hormones also control bone growth in children and play a role in the development of the brain and nervous system.

Four tiny glands attached to the thyroid that release hormones to control the level of calcium in the blood.

For males, these are the testes and for females, these are the ovaries. The testes produce testosterone, a hormone that stimulates changes during puberty and regulates sperm production. For females, the ovaries control the production of estrogen and progesterone. Estrogen controls the development of puberty in females. Progesterone and estrogen are involved in a women’s menstrual cycle as well as pregnancy.

What are the most common Endocrine Disruptors?

Used to make polycarbonate plastics and epoxy resins, which are found in many plastic products including food storage containers.

Produced as a by-product in herbicide production and paper bleaching, they are also released into the environment when burning waste and during wildfires.

Found in drinking water, is a by-product of aerospace, weapon, and pharmaceutical industries and is used in fireworks.

Used widely in industrial applications, such as firefighting foams and a non-stick pan, paper, and waterproofing and stain-repellent boot coatings.

Used to make plastics more flexible and are also found in some food packaging, cosmetics, children’s toys, and medical devices.

Naturally-occurring substances in plants that have hormone-like activity, such as genistein and daidzein that are in soy products, like tofu, protein powder, or soy milk.

Intended to reduce or prevent bacterial contamination, may be found in anti-microbial and personal care products, like liquid body wash, toothpaste, soaps, detergents and toys.

How do I stay safe?

Be aware. You can minimize exposure by trying to avoid the most common EDCs as best you can. Read the chemical labels on your cosmetic products and check the ingredients for EDCs.

Elimination of exposure is impossible as endocrine disruptors are prevalent in our environment, so a reduction strategy is best.

Do you understand the health hazards of your chemicals in your workplace? Chemscape provides a chemical hazard assessment management program that can help you prevent hazardous chemical exposure including limiting the use of endocrine disruptors.

Get a free 10-minute video every month on chemical hazards and how to protect yourself. Our monthly newsletter is a great resource for toolbox talks. Get access to our blogs, webinars and resources on chemical management. Sign up for Chemscape’s Insider Newsletter today.