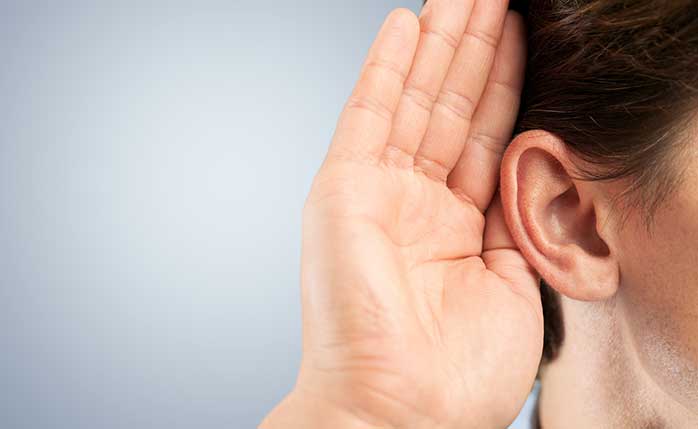 It is well known that exposure to noise levels in the workplace can cause hearing loss.  However, you may not be aware that exposure to certain chemicals in the workplace as well as medication you may take on a regular basis can also damage your hearing.  These chemicals are said to be ototoxic (oto = ear, toxic = poisonous).  Furthermore, work activities where noise and ototoxin exposure are combined can lead to even more severe damage. There are over 750 groups of chemicals that are potentially ototoxic.  Some chemicals in your workplace may include benzene, carbon monoxide, lead, mercury, carbon disulfide, styrene and toluene. Exposure to ototoxins in the workplace can occur through swallowing, skin contact/absorption or inhalation. System administrators can use the sdsBinders system to identify chemicals that contain a least one ingredient that is known as an ototoxin.

Ototoxic medications have a toxic effect on the nerve cells of your inner ears. Over time, long-term usage of certain prescription medications can result in tinnitus or hearing loss. Hearing loss caused by an ototoxic medicine tends to develop rapidly. Initial symptoms tend to be ringing in the ears (tinnitus) and vertigo.  Hearing usually returns to normal after the patient stops taking the medicine. But some medicines can cause permanent damage to the inner ear and this results in permanent hearing loss.

A common prescription drug that can be ototoxic is Viagra. A 2007 study, published in The Archives of Otolaryngology-Head and Neck Surgery, shows that some individuals who have taken Viagra and other PDE-5 inhibitors reported sudden hearing loss in one or both ears, sometimes accompanied by tinnitus, or a ringing in the ear. In fact, men who have taken Viagra or other PDE-5 inhibitors are twice as likely to report hearing loss than men who have never taken the little blue pill. The findings prompted the Federal Drug Administration to send out a new warning for Viagra in 2007. The reason for the reported hearing loss isn’t specified, though hearing experts believe that increased blood flow to the delicate hearing mechanism may damage parts of the auditory (hearing) system.

Other commonly used medicines that may cause hearing loss which may surprise you include: Aspirin, when large doses (8 to 12 pills a day) are taken; Acetaminophen; and Anti-inflammatory drugs NSAIDS, like ibuprofen and naproxen. A study published in the March 2010 issue of The American Journal of Medicine suggests that regular use of these pain relief medications can cause hearing loss. The study, conducted by scientists at Harvard University, Brigham and Women’s Hospital, Vanderbilt University and the Massachusetts Eye and Ear Infirmary found an increased risk of hearing loss in men younger than 60 who regularly used NSAIDs.

Other commonly used medicines that may cause hearing loss include: certain antibiotics like aminoglycosides; diuretics; and certain chemotherapy drugs.

Find out how you can safely substitute or replace hazardous chemicals in the workplace. Contact Chemscape today to learn more.

January 24th, 2020
Should I Delete MSDSs From My Inventory?
January 13th, 2020
Preventing Carbon Monoxide Exposure at Work
December 17th, 2019
Developing a Code of Practice for Respiratory Protective Equipment
December 3rd, 2019
Cleaning Products Can Be Dangerous When Mixed
October 8th, 2019
WHMIS Training and Competency on The Job
September 10th, 2019
Skin exposures and identifying chemicals of concern in sdsBinders/ CHAMP
August 29th, 2019
What is Control Banding?
August 12th, 2019
Do I need a Safety Data Sheet for that washer fluid at work?
Copyright © 2020 Chemscape Safety Technologies Inc. All Rights Reserved. | Privacy Policy | Terms of Use